President Somoza
If you arrived here though a search or surf, click HOME to get to our main page for full site functionality, index, our contact info and the status of this car. 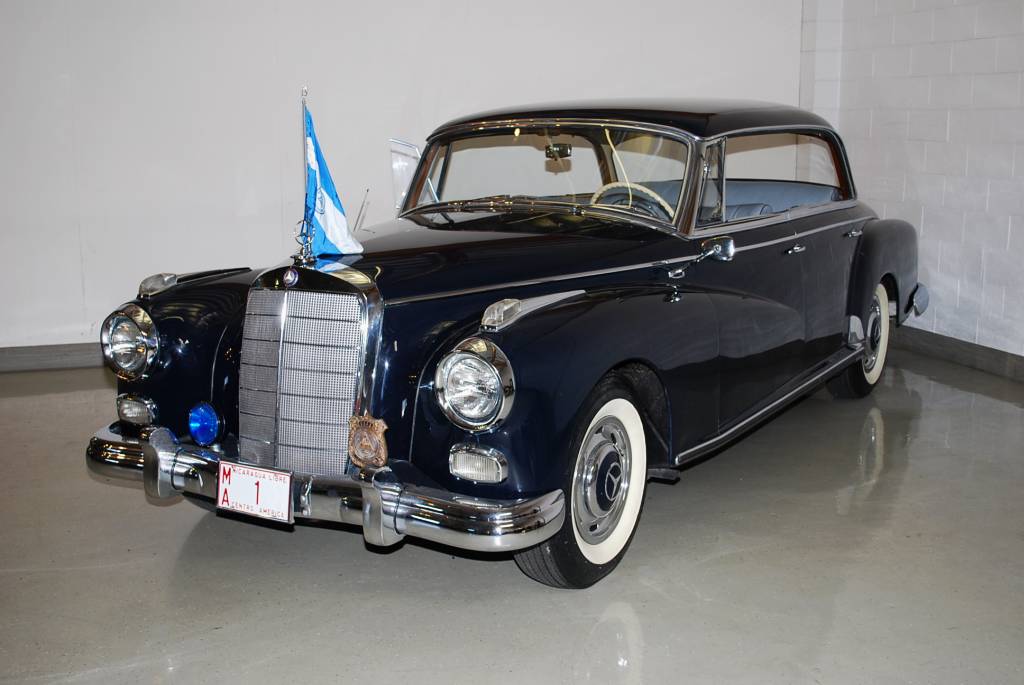 A Man and His Car

The Somoza family’s 43-year dynasty had finally come to an end.   From 1936 to 1979, the Somozas had ruled Nicaragua and accumulated personal assets totaling $400 million.

This Mercedes Benz was part of this fortune. “The most elegant car in the world,” the Mercedes Benz 300d had a distinctive regal appearance that was unmatched by any car on the road.  It was also touted as being large and powerful.  These adjectives made the Mercedes an icon for Somoza’s ego image, “Ownership was the mark of a man who had reached the top.”

The Making of Somoza’s 300d

From an official Daimler-Benz letter in our possession it appears that Luis Somoza officially ordered this Mercedes on September 14, 1957.  Mr. Somoza communicated to Daimler-Benz Aktiengesellschaft that this limousine was to have special equipment.  Chassis number 7500143 was built with a high torque fuel-injected engine, double acting telescopic coil springs, refrigeration, radio-telephone, military siren and blue lamp.  Mr. Somoza stated that since the automobile was of pillarless design, his intended use did not require armor-plating.  On March 2, 1958, the auto was shipped to Nicaragua on the S.S. Hein Hoyer owned by Hanseatic Vaase Line.

Twenty years later, on December 14, 1977, A. Somoza (Anastasio) wrote an official letter from Casa Presidencial, Hacienda El Retiro to Senor Julio Cesar Gallardo expressing the family’s appreciation for his service and telling him he would be given his brother Luis' car that had been in the family for so long.  Somoza said the car would be legally transferred to Gallardo on December 23.  He wished Gallardo “feliz navidad” (Merry Christmas) and referred to their relationship with the term, “amigos”.

The paper was officially stamped and signed by Dr. Ulises Fonesca Talavera, a Notario Publico who still lives in Nicaragua to this day.  In the Carta de Vente, Gallardo agreed to restore the car in minute detail as assessed by Senor Carlos Jose Mendoza of the Mercedes-Benz agency in Managua.  Gallardo agreed that the car was to be considered as a museum piece and a national treasure.  Gallardo promised that it would never leave its homeland of Nicaragua.

When Gallardo signed the Carta de Vente, he had every intention of honoring the agreement to keep the car in the country of Nicaragua as a national treasure.

When the Sandinistas came to power in 1979 they released Decree #3 (Decreto No. 3, Aprobado el 20 de julio de 1979) which was for the confiscation of all Somoza family property.  This decree extended to all Somoza family, soldiers, officers and presumably associates who left the country.   We have to assume that Anastasio's long time chauffeur.  According to documents with the car, the same Carlos Jose Mendoza of the Mercedes agency in Managua delivered the car to the port for export to California and its new owner.  Since previously the Somozas owned this Mercedes agency we have to assume it was now under government control.

View some of the letters and documentation

Click here to view a video of some of the documents & mementos that are included. 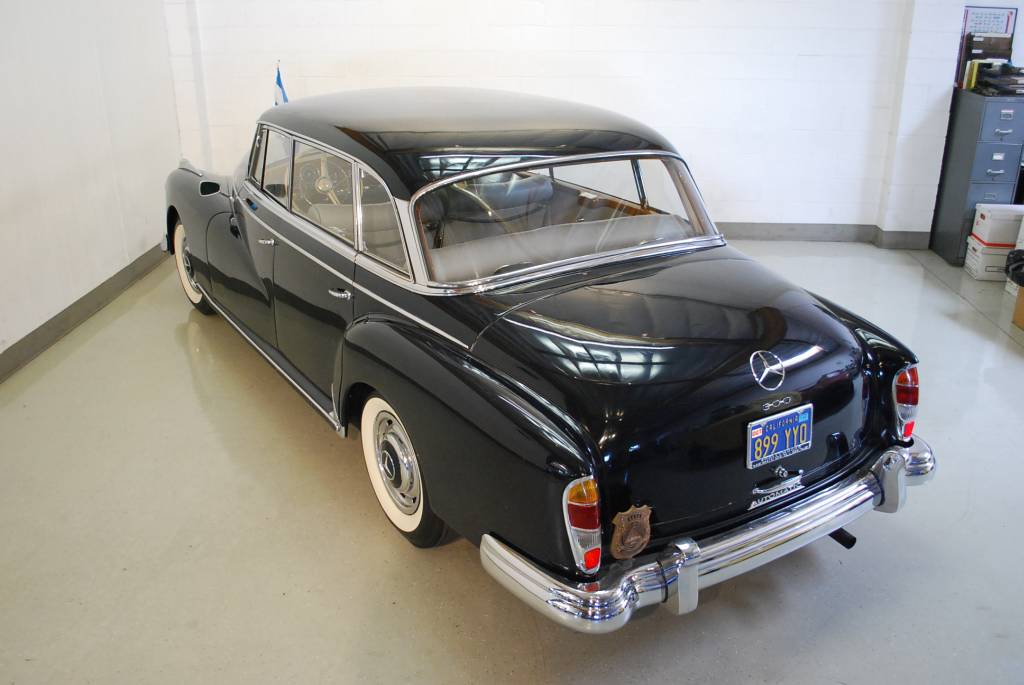 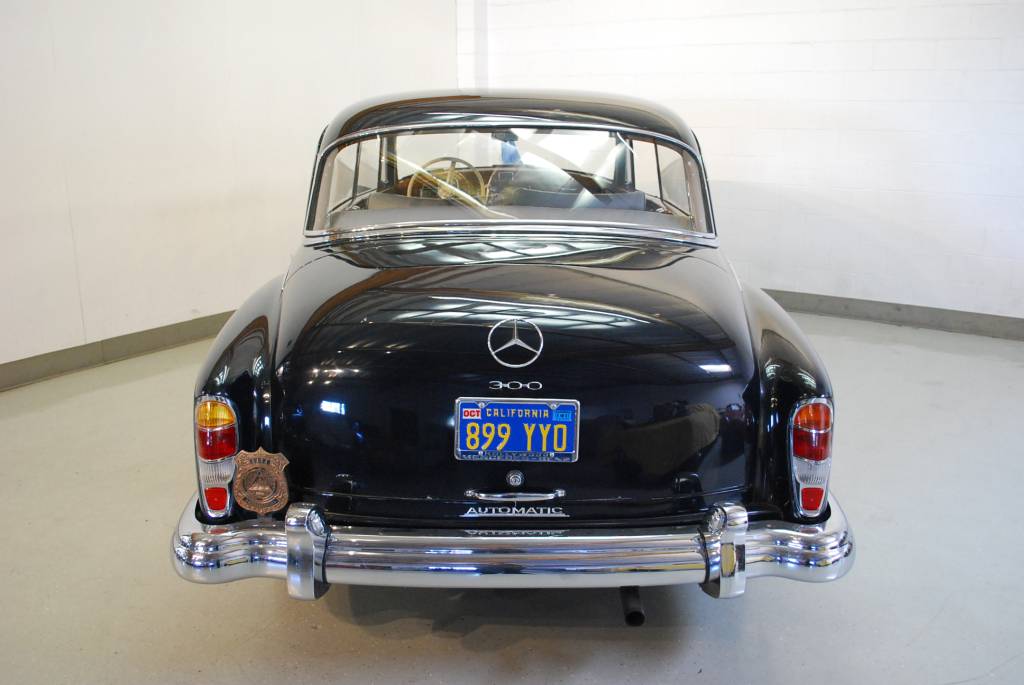 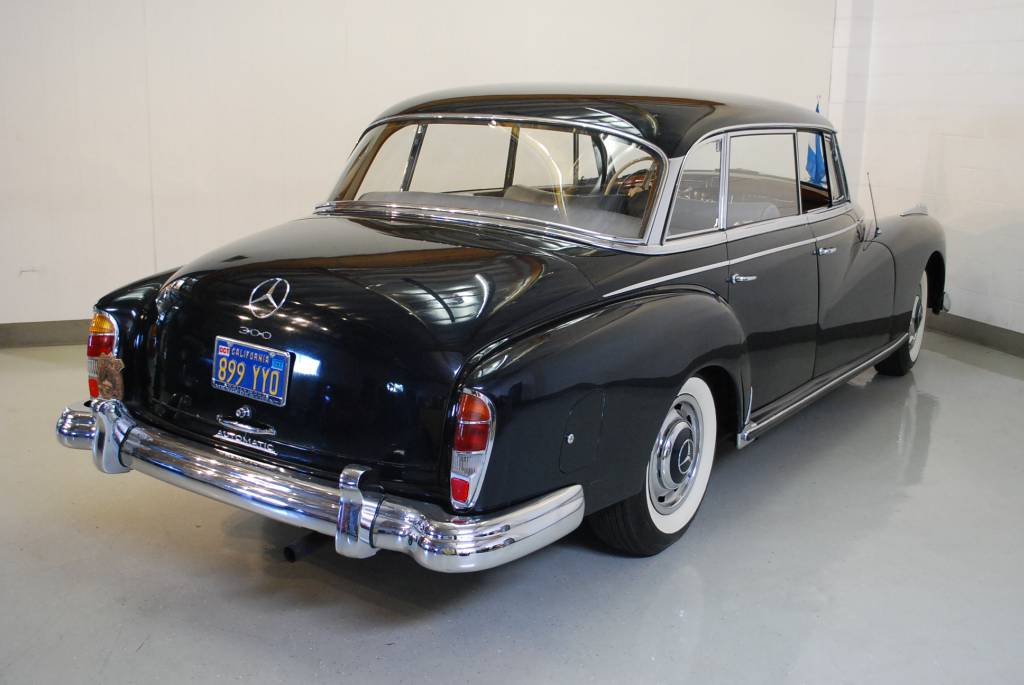 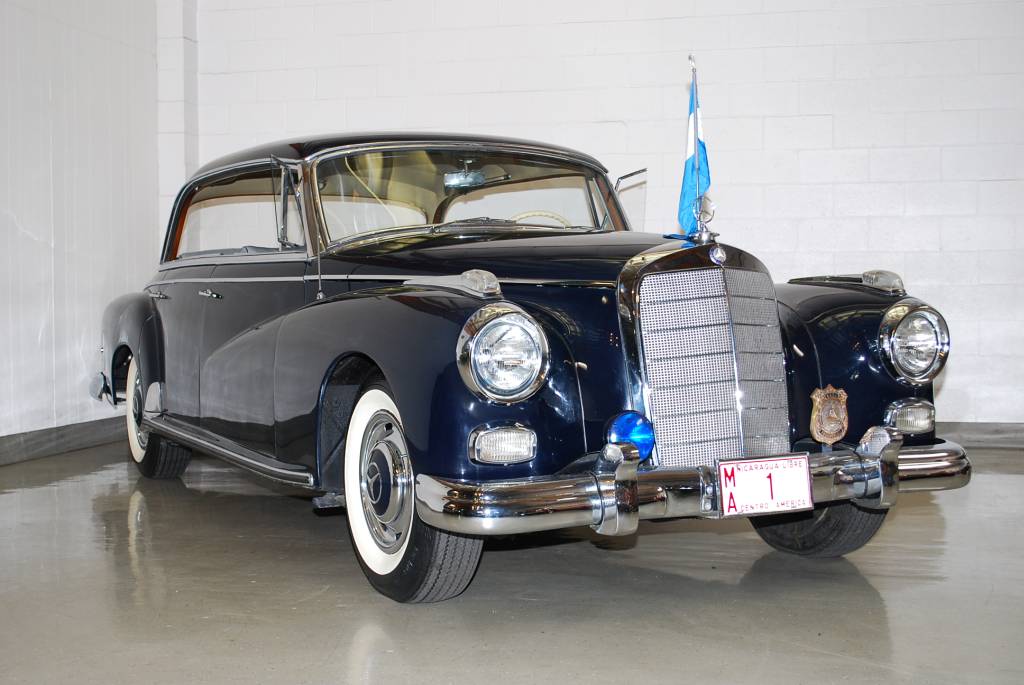 Just click on a photo to see its larger version.